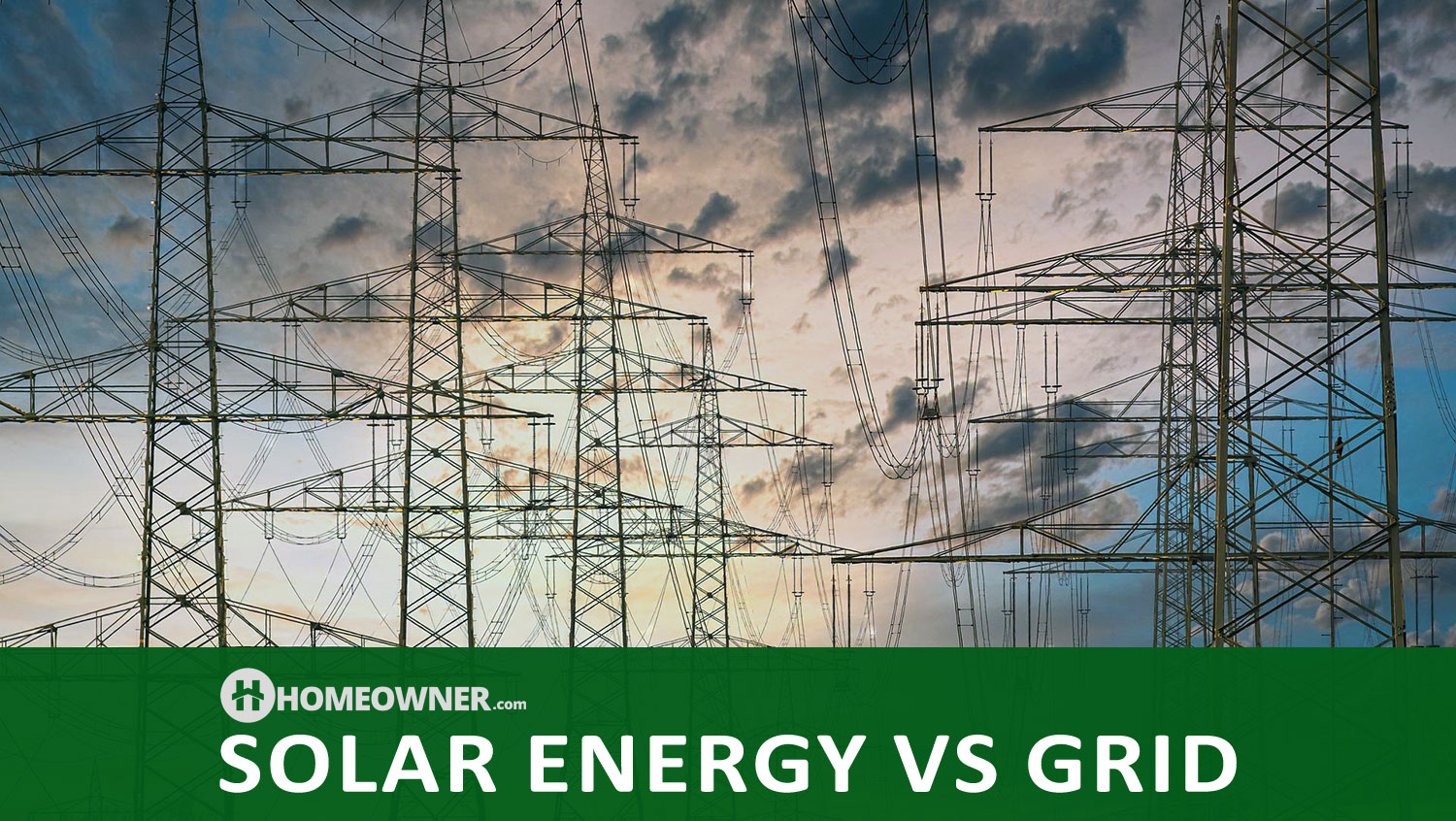 Is solar power cheaper than grid electricity? In some countries, yes. But this solar power is heavily subsidized. This subsidy is needed to cover the cost of uncertainties like future inflation rate, future energy inflation rate, and the value of modules at the end of their life cycle. These subsidies boost solar from being "probably economical" to "almost certainly economical."

The US federal solar panel subsidies given to solar customers are quite considerable. Solar projects get back 30% of the installed cost in the form of federal tax credits. In 2011, this sum came out to be nearly $1.6 billion, when claimed by nearly all the solar projects which are for 878 megawatts of solar at an average price of $6.20 per watt.

Apart from this, several U.S. states offer local and state incentives which make solar energy cheaper. Recently solar leasing companies are becoming very popular as they lease solar panels to customers at very competitive rates. Customers can benefit from solar energy without owning the system. These companies take advantage of depreciative incentives that are offered to large 3rd-party solar companies to make a profit while still offering the customers a good deal on their solar system.

Most governments today are encouraging people to install solar arrays by making their solar energy cost at par with grid, thus attaining the solar parity, i.e. the cost of solar is equivalent or less than the cost of grid electricity.

There are many options available through which customers can install solar energy. Customers can get solar energy by leasing the solar array from a third party, installing their own solar system, or buying solar energy on contract. Typically, solar providers will offer the customer a lower price for the electricity than they pay to the utility.

In subsidized solar parity, the customer might be paying the third party solar price at par or less than the utility prices. But in actuality, it is not the case. The actual cost of solar electricity is much higher and is subsidized by the 30% rebate in the form of federal tax credits and tax saving via accelerated depreciation.

So, the customer might be paying 7c per kilowatt-hour for solar energy, but the actual cost of generating the electricity from the solar array and supplying them is approx. 12c per kWh. The difference is paid by federal taxpayers. So basically, the existence of these subsidies makes the power purchase agreement between the third party and customers "solar parity" and not the actual solar price.

In unsubsidized Solar Parity, solar electricity is priced without subsidies. The customer can buy solar power for less than the power from their utilities. Places like southern California or New York have already reached an "Unsubsidized Solar Parity" based on their local solar resource, local electricity prices, and reduced solar prices across the country. In the future, federal tax incentives will act as additional motivation for future solar installers.

This U.S. map indicates solar power (in megawatts) produced by its states for residential and/or commercial customers, that could produce electricity at or below the utility's retail electricity price (without subsidies).

The shaded colors indicate what percentage of the residential and/or commercial electricity sales could be met with cost-effective solar power. Data for the map are derived from the Commercial Rooftop Revolution report released by the Institute for Local Self-Reliance in December 2012.

There have been two recent reports by reputed research groups which have announced the arrival of Unsubsidized Solar Parity.

The first report is by Lux Research, which in its report, "Cheap Natural Gas: Fracturing Dreams of a Solar Future," states that utility scale solar power is poised to become cost-competitive with natural gas by 2025.

The report evaluated the leveled cost of energy (LCOE) for unsubsidized solar, hybrid solar/gas technologies, and natural gas till 2030 under various future natural gas price scenarios and was spread across 10 different parts of the world. The study assumed a delay in shale gas production due to anti-fracking policies in Europe, a 39% decrease in utility-scale system costs by 2030, and high capital costs in South America.

The report concluded that the leveled cost of energy for unsubsidized utility-scale solar globally will be only about $0.02/kWh above the price of power produced by combined cycle gas turbines by 2025.

Ed Cahill, an associate at New York City-based Lux Research and the lead author of the report said, "On the macroeconomic level, a "golden age of gas" can be a bridge to a renewable future as gas will replace coal until solar becomes cost competitive without subsidies. On the micro-economic level, solar integrated with natural gas can lower costs and provide stable output."

The second report is by the global investment banking giant UBS, which has issued a revolutionary report entitled "The unsubsidized solar revolution" stating that the arrival of socket parity (where the cost of installing solar is cheaper than grid sourced supplies) is about to cause a boom in the un-subsidized solar installation in Europe, which will change the energy market forever.

UBS based its calculations on two principles – first, there is the falling cost of installed solar PV, including inverters and balance of systems costs, which have almost halved in the last few years. Second, there is the rising cost of grid-based electricity which ironically includes the cost of renewable subsidies.

The UBS energy team writes "In combination, we see this as a game-changer for the competitiveness of solar systems". Private households and commercial users will be able to save on their electricity bills if they install a solar system - without any benefits from subsidies."

Find out what solar power costs - generally, that is if you don't do it yourself.

The advantages of solar power are many.

The cost of solar energy varies greatly with your solar energy needs and depends on several factors, such as materials costs, installation costs, maintenance costs, and even the energy savings you will be getting out of the solar system. Another consideration when determining solar power cost should be the added value to your home.

If you're paying a pro to install it, solar power costs about $10-$14 per watt installed, although you may be eligible for state rebates and incentives.

Doing it yourself could cost about $4-$7 per watt which would bring your solar energy cost way down.

When determining the cost of your solar energy system, the size of your house is less relevant than the amount of power you use per month. Check your utility bill to see your monthly usage and judge for yourself if you'll need a big or small system.

Average Cost of Converting Your Home To Solar

A good-sized robust solar electric system will cost about $20- $30,000 for a single family house.

If you are looking to entirely replace grid-based electricity with solar energy the cost will probably be closer to approximately $30-40,000 for a single family house.

This includes everything from the cost of solar panels, inverter, wiring, installation, and all other photovoltaic components.

However, we have seen solar systems cost up to $60,000 and more for a single family home, so some comparison shopping would be beneficial.

Solar system investments with solar power costs such as the ones described above would typically take about 5-10 years to recoup your initial investment. After that, your energy is free.

If you were powering a remote cabin in the woods, it would cost you less at about $7-12,000. Since you wouldn't be hooking up to the grid, your solar energy cost would be less.

A solar thermal water heating system can reduce your monthly hot water heating bill drastically (between 50 - 100%) and will cost you about $4000 - $5000. You can typically make your money back in 2-3 years.

To heat your swimming pool with solar power, you would have to spend about $200-$500 to buy a prefabricated solar pool heating kit, which isn't very difficult to install.

As you can see, the initial cost of solar energy can be quite high when having it done by a professional, however, the benefits you receive thereafter can be very worth it in the end. If you continue to live in your house past 5-10 years, you are literally paying yourself to live, thus entirely off-setting your solar power costs.

Right now, solar power is cheaper than grid electricity and it is also subsidized. These subsidies are important for the solar industry due to various factors. Incentives are required to overcome this resistance to new technology until rooftop PV systems become a norm.

In the areas where natural resources are not available in abundance and in areas where PV systems are not common, incentives are required by solar installers to make solar energy competitive. In the sunniest regions, the looming reduction in the federal solar tax credit may not pose a problem but can be a big hindrance in emerging markets. 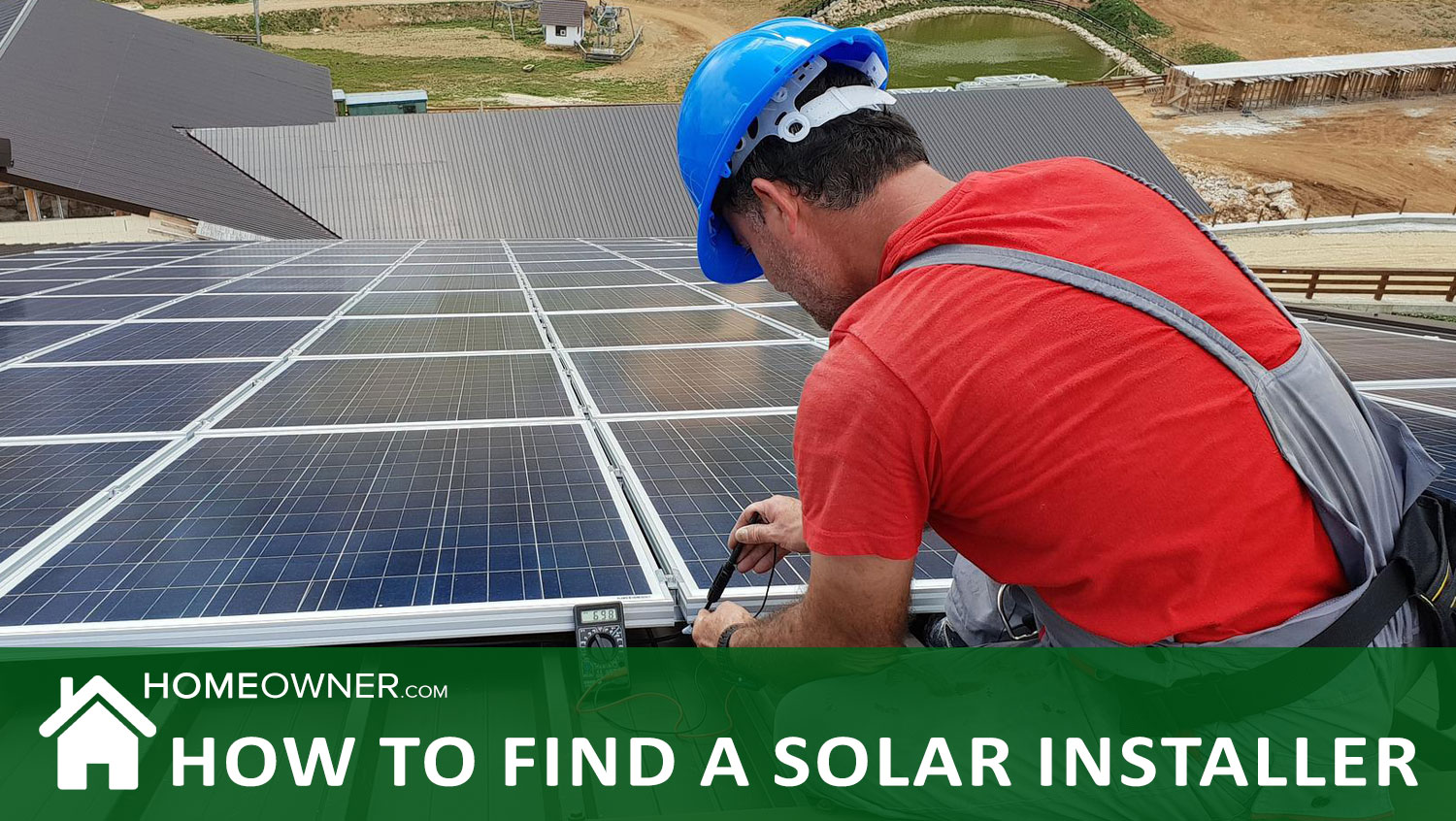 How To Find a Solar Installer 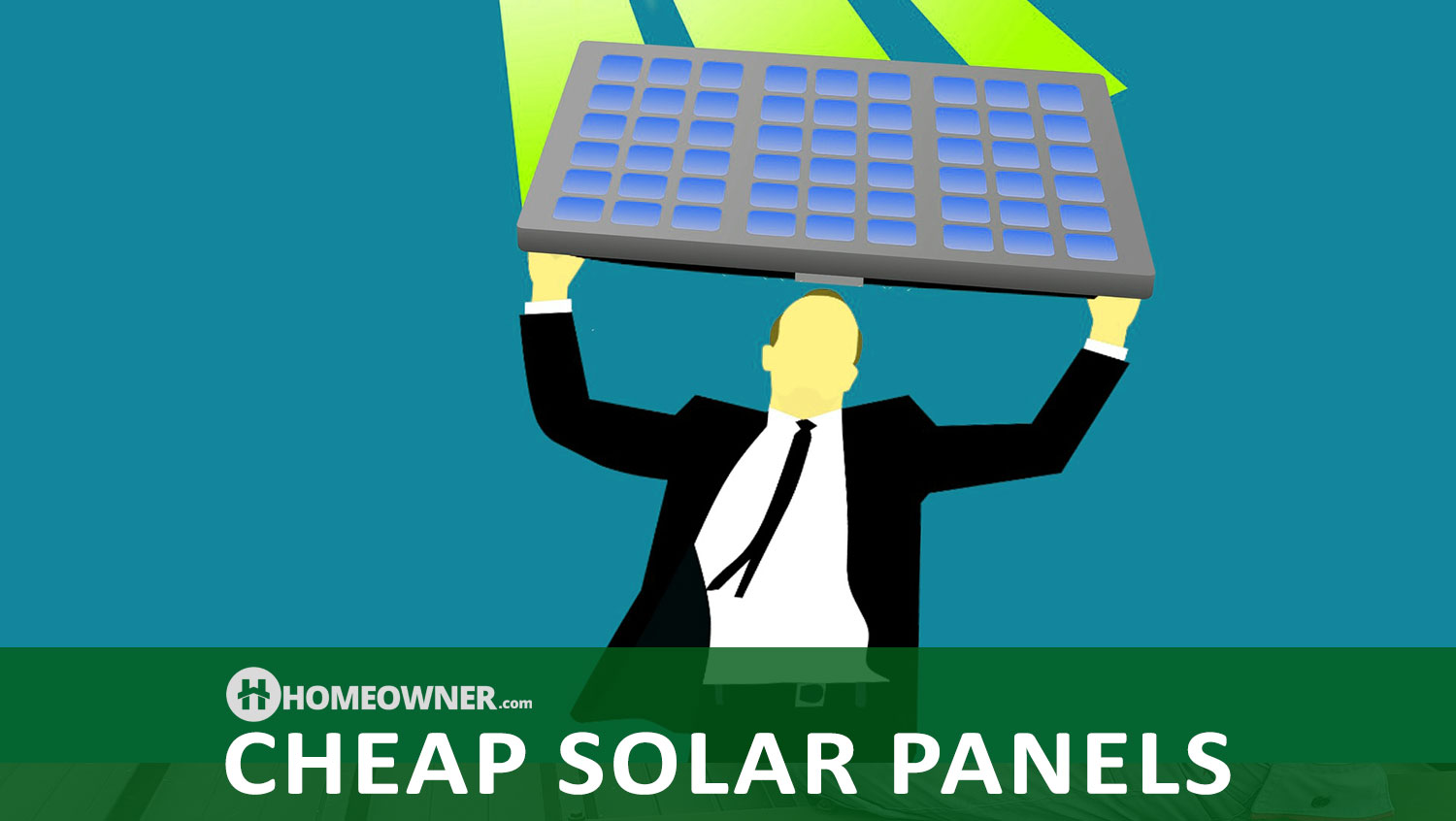 How To Find Cheap and Free Solar Panels 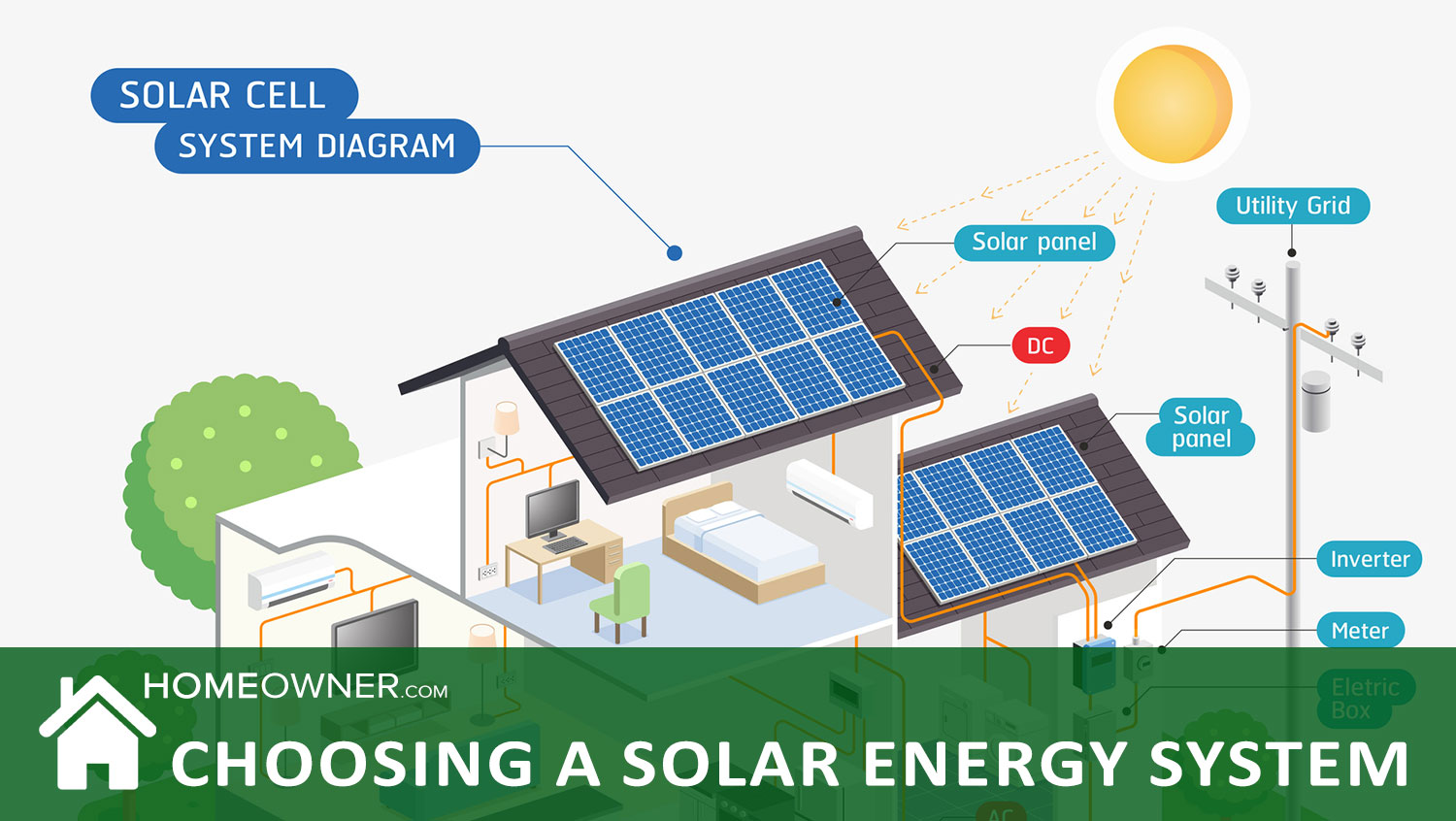 Choosing the Right Solar Energy System for Your Home 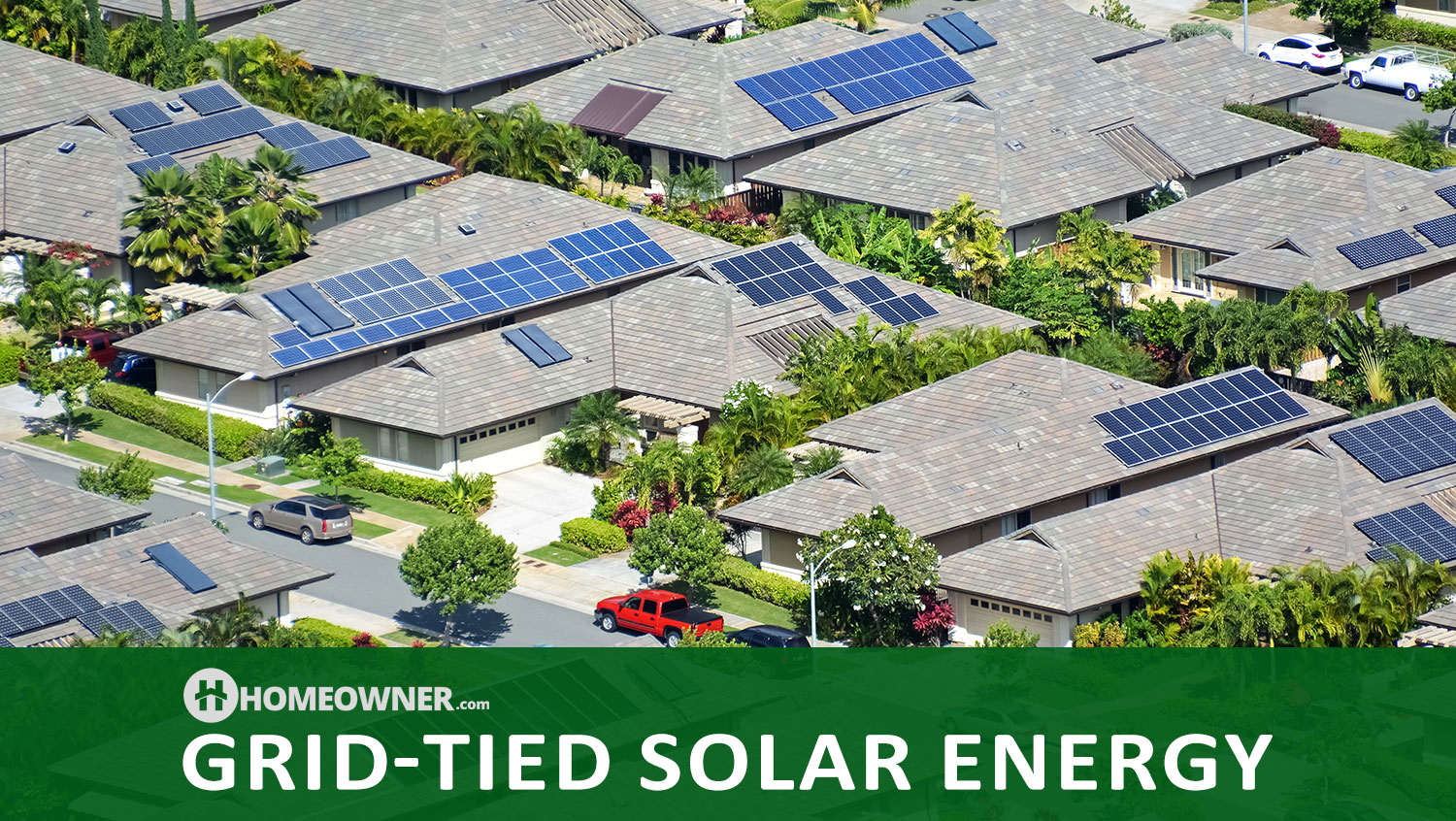