Several years ago, the black-outs and brown-outs across California, focused attention on the development of fuel cells and other forms of distributed generation. Now, as the North American electrical grid starts to creak once again, fuel cells have again come to the fore.

What Is a Fuel Cell?

A fuel cell is an electrochemical energy conversion device that converts hydrogen and oxygen into electricity, heat, and water. It is very much like a battery that can produce electricity while being recharged continuously.

How Does a Fuel Cell Work?

If hydrogen and oxygen were simply mixed as gasses at room temperature, nothing would happen. Exposing these gases to a spark would cause them to combust. Fuel cells, however, can control the release of the energy contained in these gases with regulated electrochemical reactions.

Since there is no combustion, there is no emission of pollutants such as nitrous oxides, sulfur oxides, or particulates into the air. Individual fuel cells are inherently low voltage in nature. System voltage is increased by stacking individual fuel cells together in series, forming a system capable of providing voltages necessary for commercial use.

One form of fuel cell is represented below. In the fuel cell, a semi-porous electrolyte separates the hydrogen and oxygen and keeps them from combining, but allows the gas ions to pass through so that electrochemical actions can occur. These actions separate the electrons from the hydrogen atoms on one side of the fuel cell.

The severed electrons are forced to travel a separate circuit to rejoin the oxygen on the other side of the fuel cell, forming water or water vapor. While being drawn through this separate circuit, the electrons create electrical power.

Basic fuel cells running on pure hydrogen are pollution-free, giving off only electricity, water, and heat. The potential for fuel cells to provide zero or near-zero emissions has been a significant force in the development of the technology over the past 30 years, and is drawing increasing attention to the technology today.

Because there is no combustion in a fuel cell, fuel is converted to electricity more efficiently than any other electrical generating technology available today.

There are no moving parts in a fuel cell stack, making them more reliable and quieter than generators. Even the ancillary systems (fans, pumps, controls, etcetera) in a complete fuel cell unit are relatively mature and simple technologies that should prove extremely reliable.

Unlike batteries that must be disposed of once their chemicals are used up, fuel cell reactions do not degrade over time and can theoretically provide continuous electricity.

Traditional power plants must be large in order to gain efficiency, but fuel cells can achieve higher efficiencies at any scale, making them perfect for small portable, residential, and transportation uses.

Because fuel cells are clean and efficient at any size, they can be located almost anywhere, including dense urban areas where both air quality and transmission congestion may be of concern. Fuel cells can offer an alternative to building new power lines, while also reducing American dependence on foreign oil.

Economically, fuel cells represent a prudent path to provide the country's electric power because they can be installed quickly, are fuel flexible, and can be put in place incrementally, mitigating the need for more costly and sweeping changes.

In the past, fuel cells were large and extremely expensive to manufacture, just as the first calculators and computers were. But, just like these products, the cost of fuel cells will quickly come down to consumer-affordable levels with mass production.

We are currently in a transition period now, where many fuel cell companies are investing literally hundreds of millions of dollars to gear up for mass manufacturing at the same time they are trying to begin to develop a variety of markets for their product.

Currently, there is no hydrogen infrastructure to supply coast-to-coast delivery of hydrogen fuel. Technologies are being developed to provide alternative fuel storage and delivery methods. SOFCs, MCFCs, and PAFCs can internally reform natural gas, providing the perfect solution for industrial use but MCFCs and PAFCs are too large for home and transportation use and SOFCs still have years in development.

PEMs and AFCs can use fuel reformers to convert hydrocarbons, such as gasoline and natural gas, into hydrogen, but this technology can lower the overall efficiency of the fuel cell by 1/4 and can release small amounts of pollutants. Onboard fuel storage and conversion solutions are being developed but they are still years from being perfected.

Although today's high-tech fuel cells hardly resemble their forefathers, the process upon which fuel cells are based has been known to science for more than 100 years. The first fuel cell (or "gas battery" as he called it), was invented by William Robert Grove in 1839, only 39 years after Alessandro Volta invented the battery (the voltaic cell).

Unfortunately, the materials that Grove used were unstable and public interest dwindled. It wasn't until the 1960s that fuel cells were revived for use on manned space flights.

Since fuel cells are quiet, reliable, and clean, and produce water as a by-product, NASA developed fuel cells as the ideal supply of both power and drinking water for the astronauts. And when used in electrolysis mode, fuel cells had the added benefit of producing breathable oxygen and hydrogen for rocket fuel.

Hydrogen (H2) is the most plentiful, renewable element in the universe. We will never run out of hydrogen. It has excellent electrochemical reactivity and it is clean burning and efficient.

When coupled with a fuel reformer (which separates hydrogen from a hydrocarbon fuel), fuel cells can also run on a wide variety of fuels, such as methanol, natural gas, propane, gasoline and coal gas, or even coal powder. Some fuel cell designs can run on renewable fuels such as biogas and alcohol.

When using other hydrocarbons as fuel, the reformer can produce some small amounts of pollutants, such as carbon dioxide or impurities present in the fuel, but the levels are much smaller than from traditional combustion generators.

What Can Fuel Cells Power?

Fuel cells have long been used in the space program to provide electricity and drinking water for astronauts. Terrestrial applications can be classified as portable, stationary, or transportation power uses.

Fuel cells can power virtually anything that runs on electricity. Although a few products are ready for the market today, many more are on the verge of commercial production. Early products introduced to the market will include portable fuel cells to replace batteries in computers, wheelchairs, and cell phones.

A few larger stationary fuel cells are already available today, and they show tremendous potential for providing cost-effective distributed power, even in urban environments. Soon too, vehicles will run on clean fuel cells, as reflected in recent announcements by the President of the United States and major carmakers.

Since the invention of the "gas battery" by Robert Grove in 1839, several different fuel cell types have been developed. Each type has operating characteristics and temperatures that are suitable for certain applications but not for others. Fuel cell technologies are named for their electrolyte since the electrolyte defines the key properties, particularly operating temperature, of the fuel cell.

Phosphoric Acid Fuel Cells (PAFC) are the most commercially developed type of fuel cell and are in use in over 200 public buildings around the world. PAFCs use a phosphoric acid electrolyte contained in a Teflon-bonded silicone-carbide matrix and at 400º Fahrenheit, they operate at 36% efficiency for stand-alone and 85% efficiency in cogeneration.

Direct-Methanol Fuel Cells (DMFC) are similar to PEM fuel cells because they both use a polymer membrane as an electrolyte. But these units use methanol (or alcohol in some cases) as fuel and the anode catalyst draws the hydrogen directly from the fuel, eliminating the need for a fuel reformer. This has led some to consider this the chief competitor to the PEM cell for transportation. There is currently a large effort to develop DMFCs for battery replacement in cell phones, computers, and military use. Efficiencies are about 40% running at operating temperatures of 120-190º F, with higher efficiencies at higher temperatures.

Alkaline Fuel Cells (AFC) have been used on every NASA space mission. They use potassium hydroxide as the electrolyte and require no rare metal catalyst. Companies have reported efficiencies from 52% stand-alone and as high as 70% with cogeneration. They have a low operating temperature of 140º-200º F and can start generating at temperatures down to -40º Fahrenheit. Because the electrolyte is a liquid, if circulated, it can provide excellent cooling and water management within the cell.

Solid Oxide Fuel Cells (SOFC) use solid ceramic as their electrolyte. The ceramic electrolyte must be heated to 1800o F to allow the ions to pass through the ceramic (which is about the same temperature as a home furnace).

There are many advantages to the SOFC. First, no fuel reformer is needed for fuels such as natural gas and propane, as the high-temperature system creates internal reformation.

Secondly, there isn't an issue of fuel contamination, as with other system types that require relatively pure hydrogen.

Finally, this fuel cell unit produces high-grade heat and is ideal for large-scale industrial use as well as home heating and hot water use. SOFCs are 50% - 60% efficient and can reach 80% - 90% with cogeneration.

Molten Carbonate Fuel Cells (MCFC) were developed in the 1960s to run on coal-based fuels. The liquid electrolyte is carbonate cells in a mixture of lithium carbonate and potassium carbonate and is contained in a porous and chemically inert lithium-based matrix, which makes it a good ionic conductor at the fuel cells' operating temperature of 1200° F.

As a high temperature technology, carbonate fuel cells are capable of "internal reforming" -- that is, hydrogen molecules are stripped from the fuel stream within the fuel cell stack itself. Because of this feature, carbonate fuel cells are capable of operating directly on virtually any hydrocarbon fuel -- e.g. natural gas, wastewater digester gas, coal gas, methanol, diesel, etc. This significantly reduces the complexity of the design and eliminates the need for external reforming components upstream of the fuel cell stack.

Carbonate fuel cells are also one of the most efficient technologies available today -- approximately 50% electrical efficiency. Recovery of the 750° F cogenerated heat stream can push overall efficiencies to 80% or higher. This technology is well-suited for applications in the 200 kW to 10 MW size range. Carbonate fuel cells are available today for commercial field trials and are expected to become broadly available in the marketplace over the next two years.

Regenerative or Reversible Fuel Cells are the combination of a fuel cell and a hydrogen generator that also has hydrogen storage capability. Run in one direction, fuel cells act like electrical generators, but when run in reverse, they generate hydrogen and oxygen. This would allow a system to generate electricity for the electric power grid during periods of high demand, and generate fuels during periods of lower demand. They will likely replace rechargeable batteries in the future.

Like a rechargeable battery, small regenerative fuel cells could be recharged at any time by plugging into a wall socket. The hydrogen produced can be stored in metal hydrides for later use in stand-alone electrical generation.

Since the chemical reaction capacity in a fuel cell is not used up as with chemical batteries, regenerative fuel cells have an infinite recharge life, meaning you could buy them once and never face a disposal issue. Regenerative fuel cells can use any fuel cell to generate electricity, allowing the use of the most efficient and inexpensive technology. 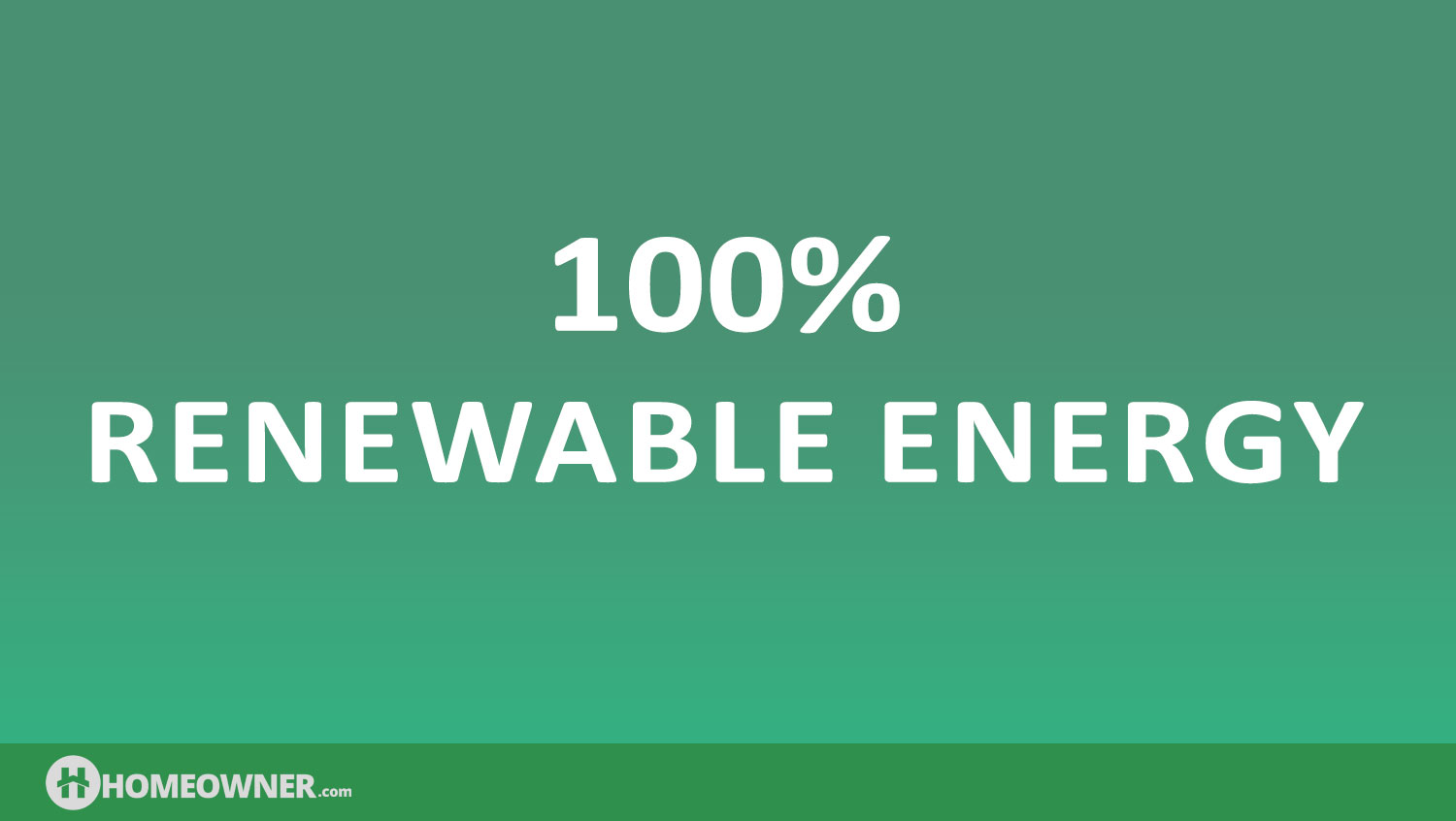