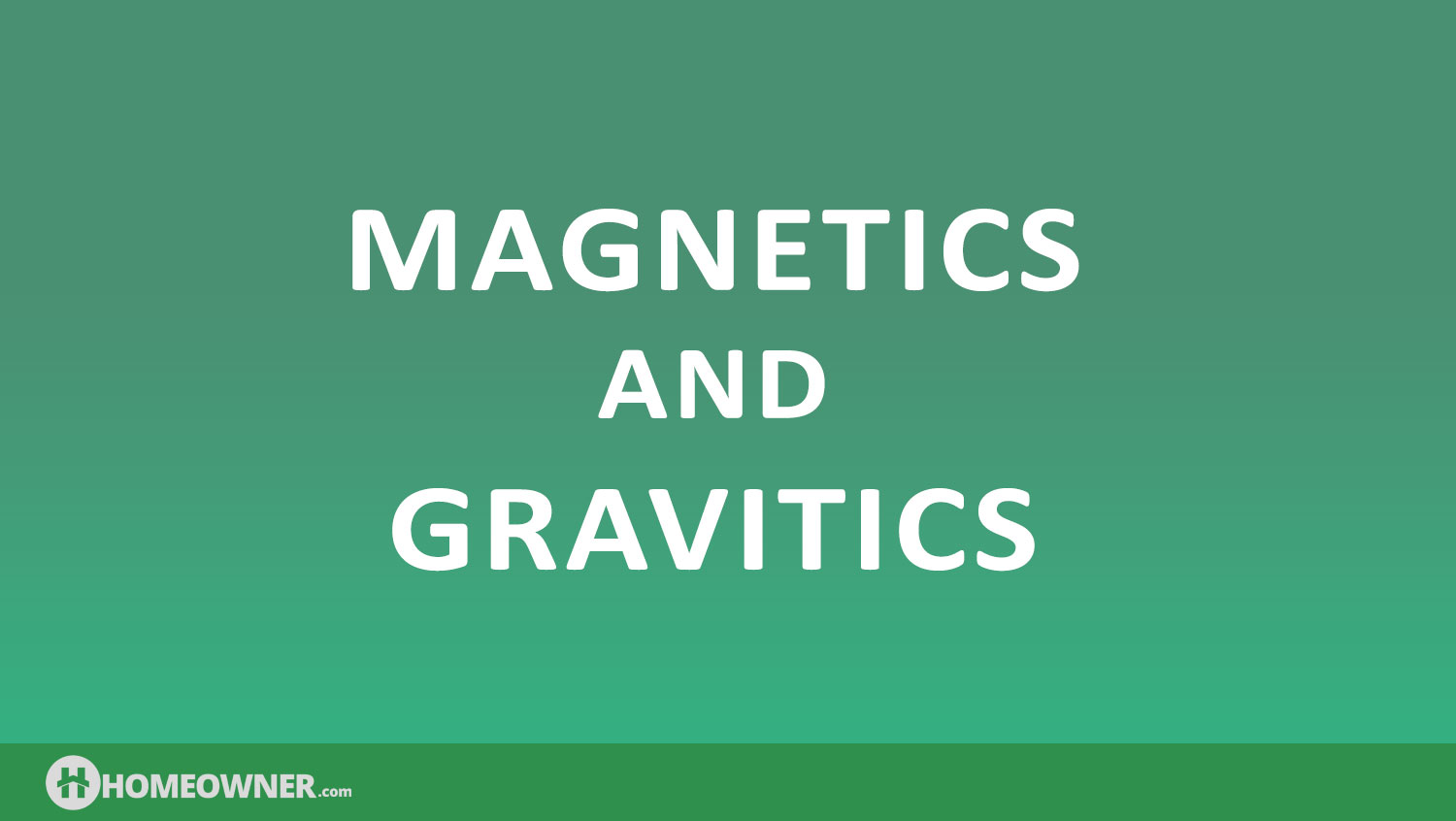 The Ultra-Space Field Theory is an alternative physics model. It is simpler, more streamlined, and designed for visual thinking. An additional benefit to the use of this model is its potential for new ways to connect the dots, resulting in new inventions and new technologies. As a new model, archaic assumptions from the Standard Model have been reexamined and modified, or dropped entirely, due to a lack of hard supporting evidence. 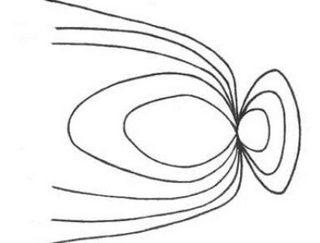 The notion of electron spin, for example, has been dropped, because there is no supporting evidence, and it has been known for a couple of decades now, that electrons seem to have no north and south poles. Electron spin has become a purely mathematical concept, with no true understanding of how it works.

The Standard Model and the Ultra-Space Field Theory, as one might expect, have a large number of similarities. It is the differences in details which separate the two models. One is for mathematicians. The other is for people with the ability to visualize. 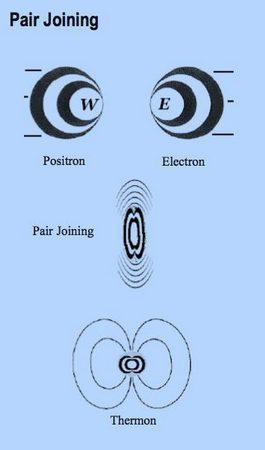 The Standard Model describes the joining of an electron and positron as pair annihilation and their separation as pair production. This is based on Einstein's equation E=mc2 (energy equals matter). The Ultra-Space Field Theory builds a very different model, an aether/electromagnetic field model capable of supporting quarks and electromagnetic waves. A medium, the aether, transports quarks (bits' o subatomic kinetic energy), which on the macroscopic level is seen as electromagnetic waves.

In this model, electrical contractions of space are the source of gravity. Thermons are a weak source of gravity, and provide a foundation for the missing dark matter. A proton is the result of two positrons joined to an electron. One electron and one positron are released during pair separation/production, suggesting an imbalance. Where have all the positrons gone? Protons are very stable, and have much stronger gravity fields and magnetic fields than the thermon.

The neutron has been historically described as a fundamental particle, and is currently described as being made up of two down quarks and one up quark, with each quark having a different color. This supports an early model of neutrons being the result of a proton and antiproton exchanging charges as they passed one another.

Per the Standard Model, within an atom, neutrons and protons are held together by a particle called a gluon. The USFT model describes the core of an atom as made up of pseudo-neutrons (or neutralized protons), with electrons acting as the gluons. A true neutron only exists after separating from the atomic core, and breaks down to an electron and proton after roughly ten minutes. 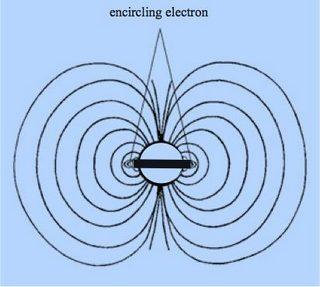 The following information about universal forces is excerpted from

According to the Big Bang theory, a single force existed at the beginning of the Universe, and, as the Universe expanded and cooled, this force separated into gravity, electromagnetism, and the strong and weak nuclear forces.

Physicists are searching for the elusive Unified Field Theory that will merge quantum mechanics and Einstein's Law of Gravity but have not found one yet. In fact, the mathematical structures of General Relativity and quantum mechanics, the two great theoretical achievements in 20th century physics, seem utterly incompatible.

Gravitation is the least understood of all the fundamental forces, but mass and space, which are governed by gravity, are the building blocks and fabric of the Universe.

Gravitation is considered the weakest universal force; indeed, if it were as strong as the electric force that pulls oppositely charged particles together, humans on Earth would be crushed flat by their own weight. Despite gravity's relatively weak level of force, when the gravitational field is generated by an object with great mass, its power can be tremendous.

The idea that light waves could be attracted gravitationally was thought implausible until 1783, when British astronomer and geologist John Michell presented his seminal paper to the Royal Society of London. In his abstract, Michell posited that an object seeking to escape the gravitational clutches of the Sun would need a speed only about 1/500 that of lightspeed.

Based on Newtonian gravity, he determined that the escape velocity would be much greater for a body with more density than the Sun. Michell theorized that the gravitational pull from a very dense mass might be so great that light could never escape. Even on Earth, light traveling upward from the surface loses energy as gravity tries to pull it back.

Albert Einstein's theories allowed for unimaginably strong gravitational fields in collapsed bodies of mass. Scientists gained a better idea of how gravity behaves around a spherical mass in 1916 when German astronomer Karl Schwarzschild applied Einstein's equations to calculate the deflection of light by a powerful gravitational mass. To achieve such high attraction, the mass must be gigantic, or extremely dense.

Extremely dense celestial bodies result from the demise of stars. Stars are like nuclear furnaces powered by fusion, and, depending on their size, they collapse into white dwarfs, neutron stars, or Black Holes when their nuclear fuel is exhausted. Schwarzschild's theory about the existence of such gravitational masses predated the recognition of neutron stars by half a century.

The National Aeronautics and Space Administration (NASA) is delving into the fascinating world of Black Holes and gravitational energy fields as they aggressively search for better ways to launch and propel satellites through space. Part of NASA's responsibility, as outlined by the National Science and Technology Council, is to enhance the economic competitiveness and scientific and technical capabilities of the United States.

Knowledge is power in today's competitive world, and NASA is always pushing ahead in the field of space technologies. In July 1999, NASA used the Space Shuttle Columbia to deploy the Chandra X-ray Observatory, the most sophisticated X-ray observatory ever sent into orbit.

This X-ray observatory, first proposed to NASA in 1976, took teams of top scientists, engineers, and technicians at numerous government centers, universities, and corporations, more than 20 years to design and build. The $1.3 billion spacecraft will spend 85% of its elliptical orbit above the belts of charged particles that surround the Earth and provide researchers with images 25 times sharper than previously launched X-ray telescopes.

The spacecraft's four incredibly smooth cylindrical mirrors provide a high-resolution picture, powerful enough to identify two dimes side-by-side from two miles away or read a stop sign 12 miles distant. Imagine reflecting mirrors polished so smooth that the largest bump allowed was three angstroms, equal to the height of three hydrogen atoms piled on top of each other.

One engineer who worked on the project pointed out that if the United States were scaled as smooth as these mirrors, no mountain would be taller than six feet high. On-board instruments are 50 to100 times as sensitive as any other space-based X-ray telescope and are sharp enough to record X-rays from particles up until the last second before they are swallowed up by a Black Hole.

The search to tap electromagnetism has been going on for decades, and researchers have approached it both theoretically and in actual experimental application. Electrogravitics is described as a synthesis of electrostatic energy and gravitics, which sets up a local gravitational force independent of the Earth's. The essence of electrogravitic thrust is the use of a very strong positive charge on one side of a vehicle and a negative on the other, producing a driving force from a region of high-flux density to low-flux density.

Scientists first began considering this propulsion concept in the 1920s, but the field literally took off after World War II when American physicist Thomas Townsend Brown constructed a prototype aircraft propelled by electrogravitic force. Brown designed and built a flying aircraft whose thrust was derived by an electrogravitic charge combination, a feat he repeated many times with demonstrations witnessed by scientists and the military.

Despite Albert Einstein's brilliance at weaving together space, time, and gravitation, profound theoretical problems remain at odds with modern physics and remain unsolved as we begin the 21st century. Einstein himself remarked that the left-hand side of his field equation (describing the curvature of space-time) was solid as granite but admitted that the right-hand side (connecting space-time to matter) was weak like sand. The greatest scientific mind of the 20th century spent years trying to reconcile General Relativity with the rest of physics, but he was never satisfied.

It will be up to the next generation of researchers to try to fit the assorted pieces of the cosmological puzzle together. Some question why the government spends tax money to fund such scientifically and technologically challenging research, but the ongoing studies build a critical base of knowledge about the physical world that surrounds us.

There is no doubt that in order to make interstellar space travel realistic for humans, physicists will have to learn much more about gravitation and accept that traveling faster than the speed of light is possible.

The energy problems of the world may disappear if a new understanding of the forces finally unfolds from the research and engineering of some of the new energy pioneers. Magnetism and gravity alone may not be the source of energy but may become vehicles for collecting Zero Point Energy (ZPE). Magnets and gravity have always been mysterious. New energy researchers and theoreticians think that they may open a door to bountiful energy for everyone with few environmental impacts.

Experts in space-bound propulsion at NASA have reached physical limitations in rocket technology that cannot be quickly hurdled by refinements in engineering. NASA is making a concerted effort to start investigating new ideas now rather than stagnate with present technology.

Dare to think about magnetic and gravitational fields in a different light. Imagine constructed motors that extract energy that is freely flowing throughout the cosmos. Envision a day when nations no longer worry about where their energy will come from or whether the air is fit to breathe. A new world of energy richness and a day of abundance for all. Imagine a time of greater personal and national security when there is no longer a need to go to war for oil.