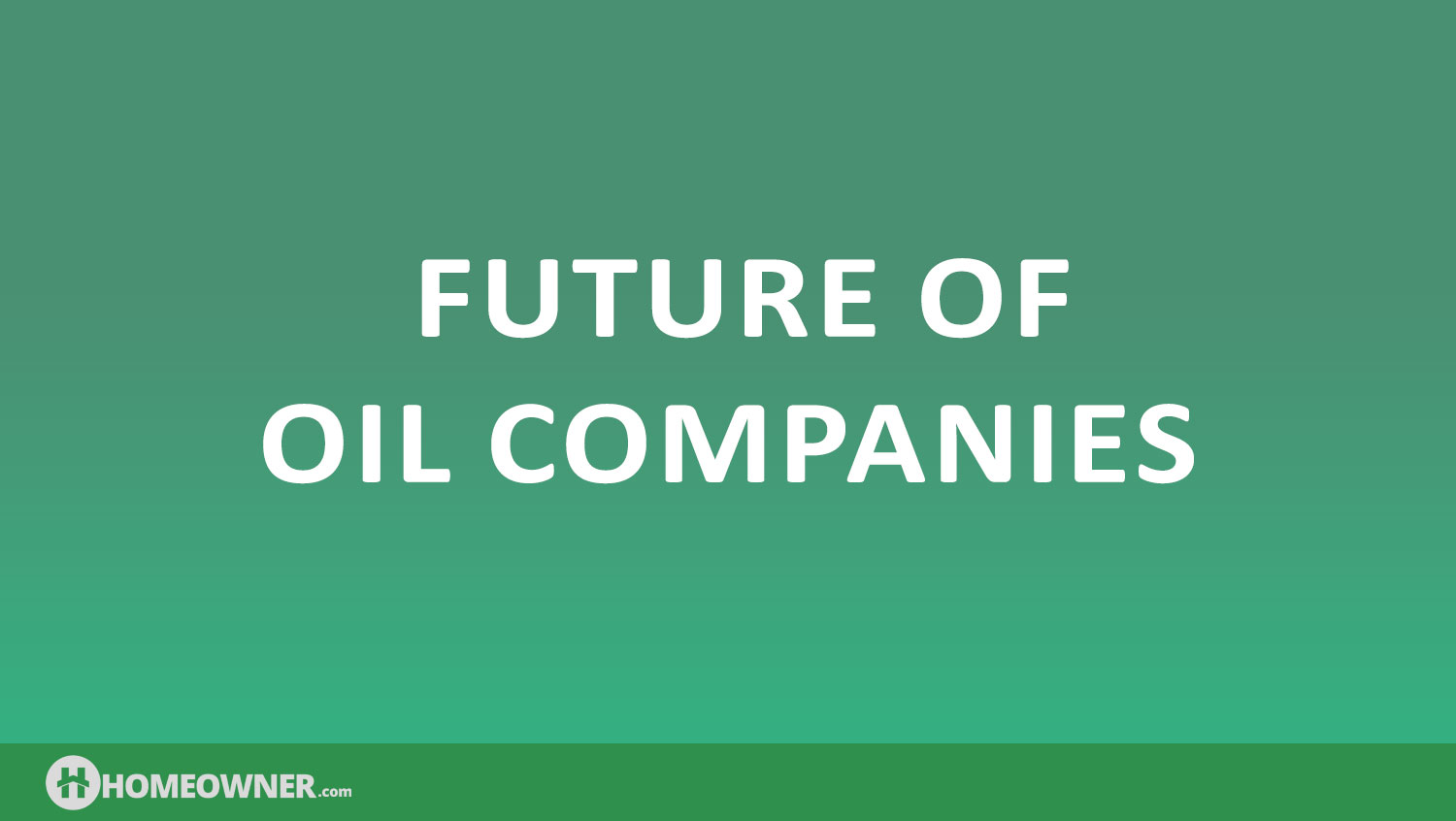 According to current projections, we have a maximum of 50 years worth of petroleum reserves left. That means that in the next five decades our lives may change dramatically. We will no longer have one of the most important resources responsible for the industrialization and modernization of our global society.

We have relied on it to run our ships and airplanes, heat our homes, fuel our cars, carpet our floors, clothe our bodies, brush our teeth, and wax our surfboards. In short, thousands of industrial, domestic, and recreational petroleum applications may not be possible in the coming century. Now that we are dependent on this finite resource in every realm of life, we may soon have to relinquish it.

Whether we will discover reserves that can extend our dependence on oil is a controversial issue with which petroleum companies are currently grappling. At the current state of technology, we cannot afford to lose this resource without replacing it with substitutes.

The big question is this: Are oil companies acknowledging this issue and, if so, how do they plan to cope with a shift in fuel use?

Most petroleum companies publicly acknowledge the environmental damage that their products create. Environmental issues have become more important to the average citizen in the last few decades, so oil companies feel the pressure to modify their products accordingly. But these companies have received less pressure on the subject of future energy. An in-depth search of their websites reveals that only a few are willing to admit that the US petroleum supply will soon run out and that we will be dependent on foreign countries as the reserves of the ever-more-scarce resource dwindle.

Exxon, for example, concedes that oil production in the US is declining. James J. Rouse, Vice President of Exxon's Washington office, says, "The United States will continue to depend on oil well into the future, although more of it will come from foreign sources."

But like other companies' representatives, he is quick to assure the public that "world oil supplies are more than ample," and that the world's reserves are "bound to increase because of further exploration and development in the future." The basis for Rouse's argument is that there were only 75 billion barrels of proven oil reserves in 1950, a 20-year supply. "Since then, the world has produced and consumed 650 billion barrels. And all we have left is one trillion barrels in reserves."

In response to warnings that we should prepare for using alternative fuels, Lee R. Raymond, Exxon CEO and Chairman of the Board, scoffs, "Our detractors are very committed to getting oil out of the US and world economies. And they're adept at using fear and misleading information to promote their views."

He says that environmentalists are to blame for comparing petroleum users to addicts and prolonging the search for alternative energy, and that their arguments are simplistic and inaccurate. When in reality, he cannot prove that more reserves will be found. The present concern has little to do with the environment; it has more to do with preparing future substitutes so that our society does not collapse as we use the last drop of oil. Environmentally oriented or not, many people would simply like to be prepared.

Though Exxon is interested in fuel cells and hybrid vehicles, most comments focus on the environmental issue. No mention is made of potential energy prospects 50 years from now, but there is no doubt that Exxon has discussed its future plans behind closed doors.

Too much money is wrapped up in the issue to ignore it. The fact that they have not yet shared their ideas with the public may imply that they are not yet willing to begin losing money, since a warning might cause people to look into alternatives and eventually spend their money on other technologies or fuels. It is also possible that Exxon really does believe that more reserves will be found. It must be difficult to imagine the source of their incomes and "the lifeblood of the global economy" running dry.

Chevron Corporation's Chairman, Ken Derr, expressed confidence in the oil supply at an annual stockholders meeting in April 1999. According to Derr, Chevron's long-term growth will be the result of petroleum resources in the Middle East and the former Soviet Union opening up to private investment. "Contrary to what some have predicted, we feel there will be ample supplies of oil and natural gas in the future. Also, technological innovations will allow us to tap into new supplies of oil and natural gas in deeper water and harsher environments."

Texaco is busy working on technology that will "turn previously uneconomic or environmentally difficult or remote hydrocarbons into marketable energy products." Between fuel cell technology, gasification, horizontal drilling, and the opening of previously inaccessible reserves, they will be increasing their supply of fuel for consumers "in an ongoing effort to broaden Texaco's portfolio of energy opportunities." In other words, Texaco plans to rely on technological innovations to increase its oil prospects rather than push oil aside in search of alternative energy sources.

Gasification technology in particular, which is capable of creating "clean, synthetic gas from coal and other environmentally sensitive fuels," is "integral to Texaco's vision of success as an energy company in the 21 st century" according to CEO Peter I. Bijur.

To BP Amoco, natural gas and coal are the only practical alternatives to petroleum for the time being, only because the cost of renewable energy is prohibitively high and development is in the beginning stages.

Since a transition to alternative energy would take a great deal of time and money, BP Amoco believes that abandoning fossil fuel exploration "is not a sustainable option." But they are ambitiously "working to improve the efficiency and reduce the costs of solar energy." BP Amoco intends "to create a business which we hope will be able to compete commercially with non-renewable energy sources in the future.

We believe power generated from photovoltaic cells and from other renewable sources of supply could meet up to 50 percent of world energy demand by 2050." They seem to be striking a balance: while continuing to supply petroleum today and develop renewable energy for tomorrow, they strive to "contribute to greenhouse gas reductions by making possible a shift in favor of gas" in the short term.

Mike R. Bowlin, CEO of ARCO, has been the most candid about the petroleum situation. While many companies are reluctant to break the news to consumers, Bowlin made a straightforward announcement at a 1999 energy conference. "We've embarked on the beginning of the Last Days of the Age of Oil. So I believe it's time to prepare ourselves for the 'new look' of the energy industry of the 21 st Century." He admits "the market share for oil will diminish, as the demand for other forms of energy grows."

He acknowledges that we will be forced to use fewer fossil fuels in favor of other energy sources due to the international concern for air quality coupled with the growing economy and population. "Global demand for energy in the next two decades will probably increase by 50 percent or more."

ARCO, like BP Amoco, is interested in replacing some of the oil and coal applications with natural gas in order to meet energy needs more cheaply and cleanly in the short term. Bowlin explains that governments get involved with changes, as the Chinese government "levied a $2.50-per-ton tax on high sulfur coal, while sparing gas from taxation" this year.

Natural gas may be the best substitute for now, but "we must also recognize that steady pressures will exist to find even less carbon-rich alternatives, and to greatly improve the efficiency of all energy use. I believe that unless something happens to significantly increase both fuel efficiency and the emissions performance of hydrocarbon-powered engines the government will get increasingly involved in our business."

Bowlin concludes that "Our challenge is not merely to survive today's low prices, but to plan for a future in which hydrocarbons are just one of a wide variety of clean fuels that will build the global economy of the 21st Century."

At this time, "alternative fuel" seems to be a catchphrase in petroleum circles largely implying the use of liquefied petroleum gas, compressed natural gas, liquefied natural gas, propane, methanol, hydrogen fuel or photovoltaic solar cells, or electricity. We have not yet reached a phase of development that involves completely different technologies that will be widespread and inexpensive enough to fill the enormous void that petroleum exhaustion will leave.

Several petroleum companies have not addressed future plans on their websites. Shell, Unocal, Mobil, Phillips, and Conoco report their financial and drilling information with a business-as-usual "feel," with no mention of new energy technologies.

Regardless of what petroleum companies decide to reveal to the public, each has its own ulterior motives. Whether their remarks seem direct or vague, it is difficult to judge the true nature of their plans. Billions of dollars are at stake one would assume that they have major preparations in the works to replace their sole money-making resource with a viable substitute regardless of what they choose to tell consumers.

Given the imbalance between estimated global reserves and projected economic growth, "energy companies have a choice: to embrace the future and recognize the growing demand for a wide array of fuels; or ignore reality, and slowly but surely be left behind."